To verify a concept or the logic of a statemachine, which will be part of a larger design, an ATF1504 has enough resources to check. The ATF1504 is available in a PLCC-44 and a TQFP-44 package. For both there exists breadboard adpaters.

This was the first adapter I used when I started with ATF1504 CPLDs experiments. The adavantage was that it was solderfree. Very practical at that moment, as I did not have any experience with soldering SMD packages. The disadvantage was that it did not really fit on a breadboard. It always required two breadboards which were not attached to each other as the row spacing was not compatible with two adjacent breadboards. 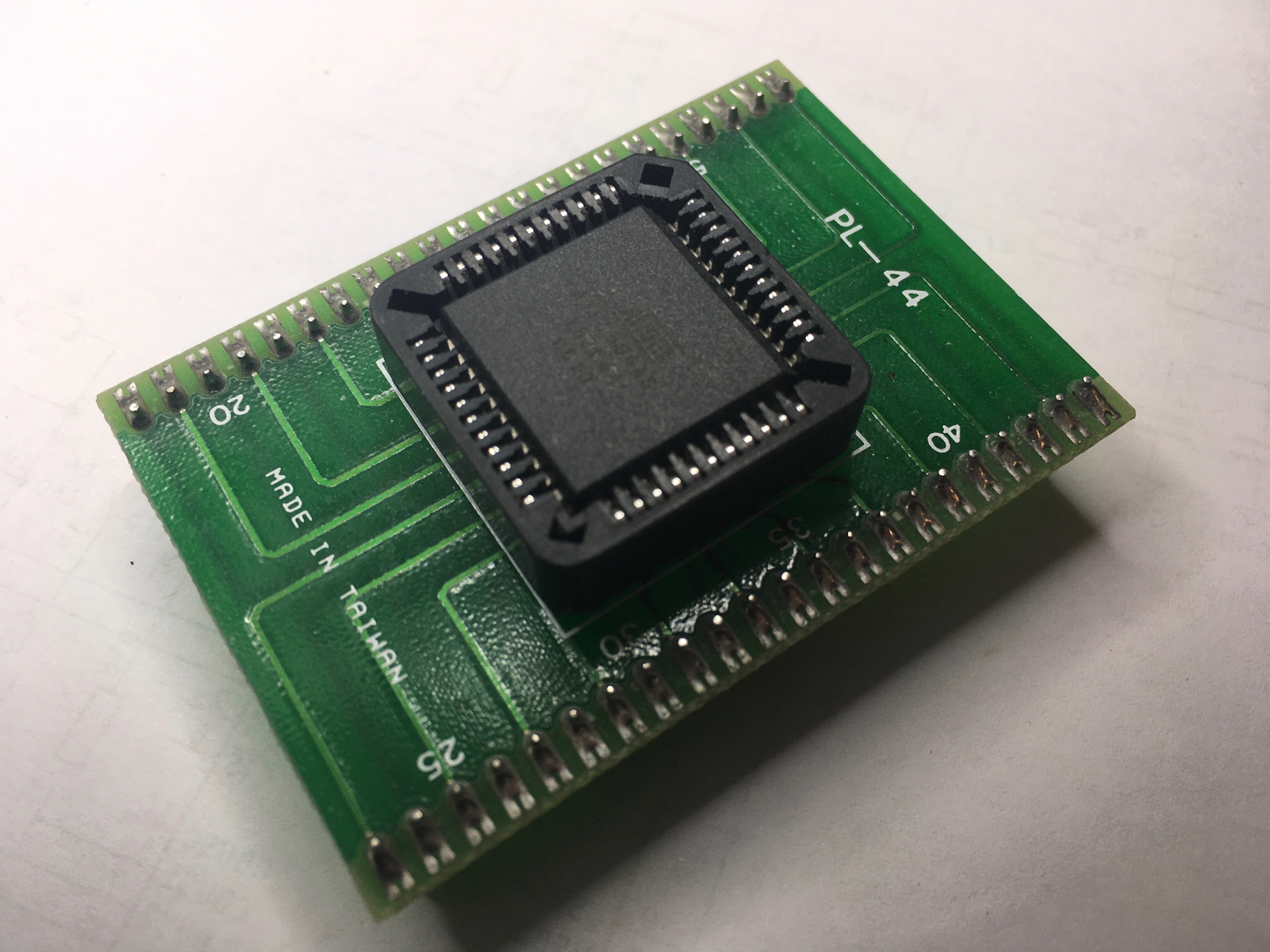 With the time I started to use SMD parts and acquired enough skills to solder TQFP-44 packages with a pitch of 0.8mm. That’s when I found the following universal TQFP-44 adapter. This was the same size as a DIL-48 package with a standard 0.6" spacing of the rows and was perfect for breadboards. 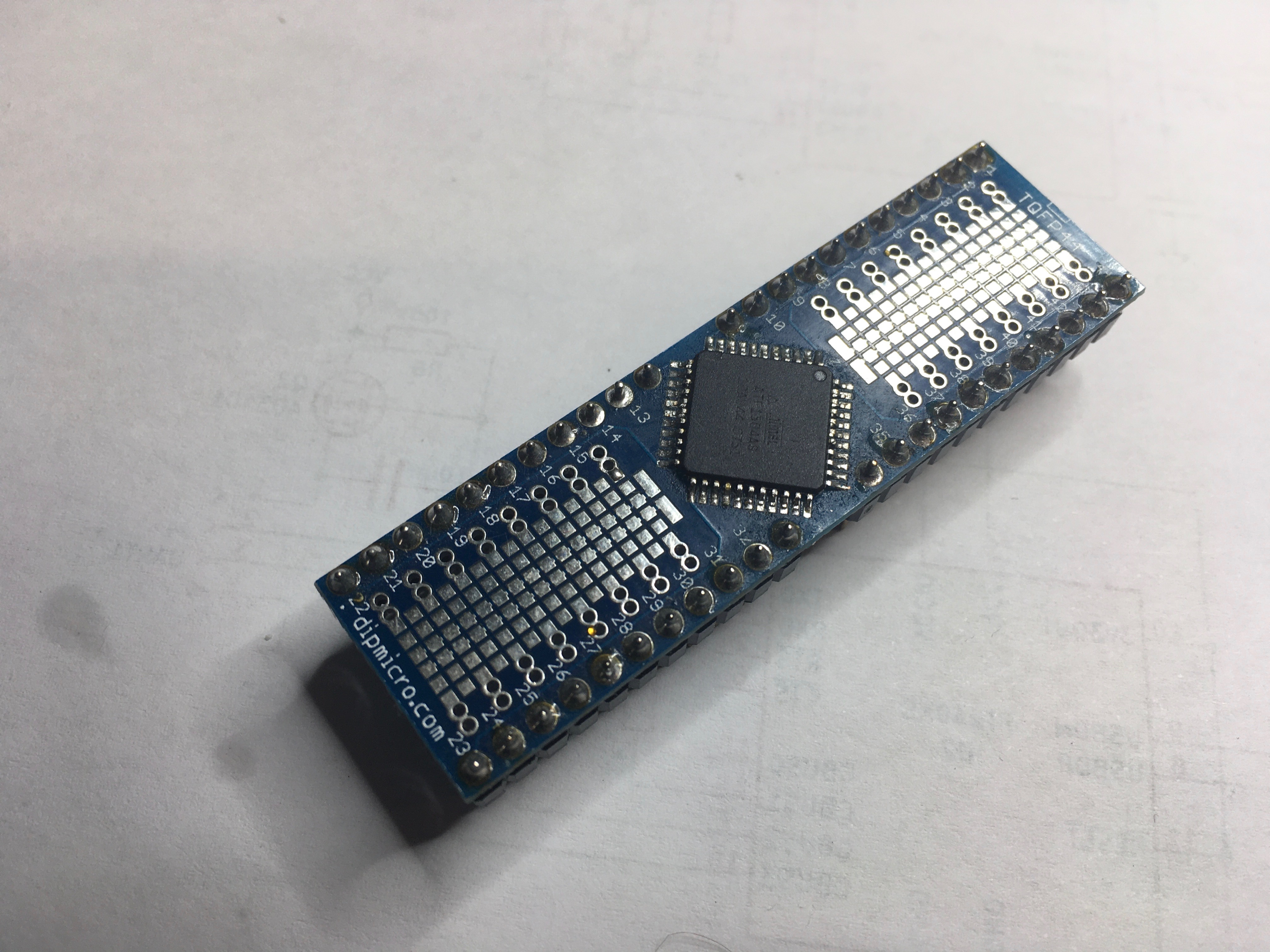 Both adpaters just mapped the pins of the package one-to-one to DIL pins that went into the breadboard. So you had to wire all GND, VCC and programming pins and it required another adapter for the programming cable. All this was always time consuming and often the source of problems. Therefore I decided to build my own breadboard friendly adapters.

For the ATF1504 CPLD in a TQFP-44 package I built a breadboard adapter which connects all VCC and all GND pins together, has a JTAG adapter with a proper connector and a power indication LED. 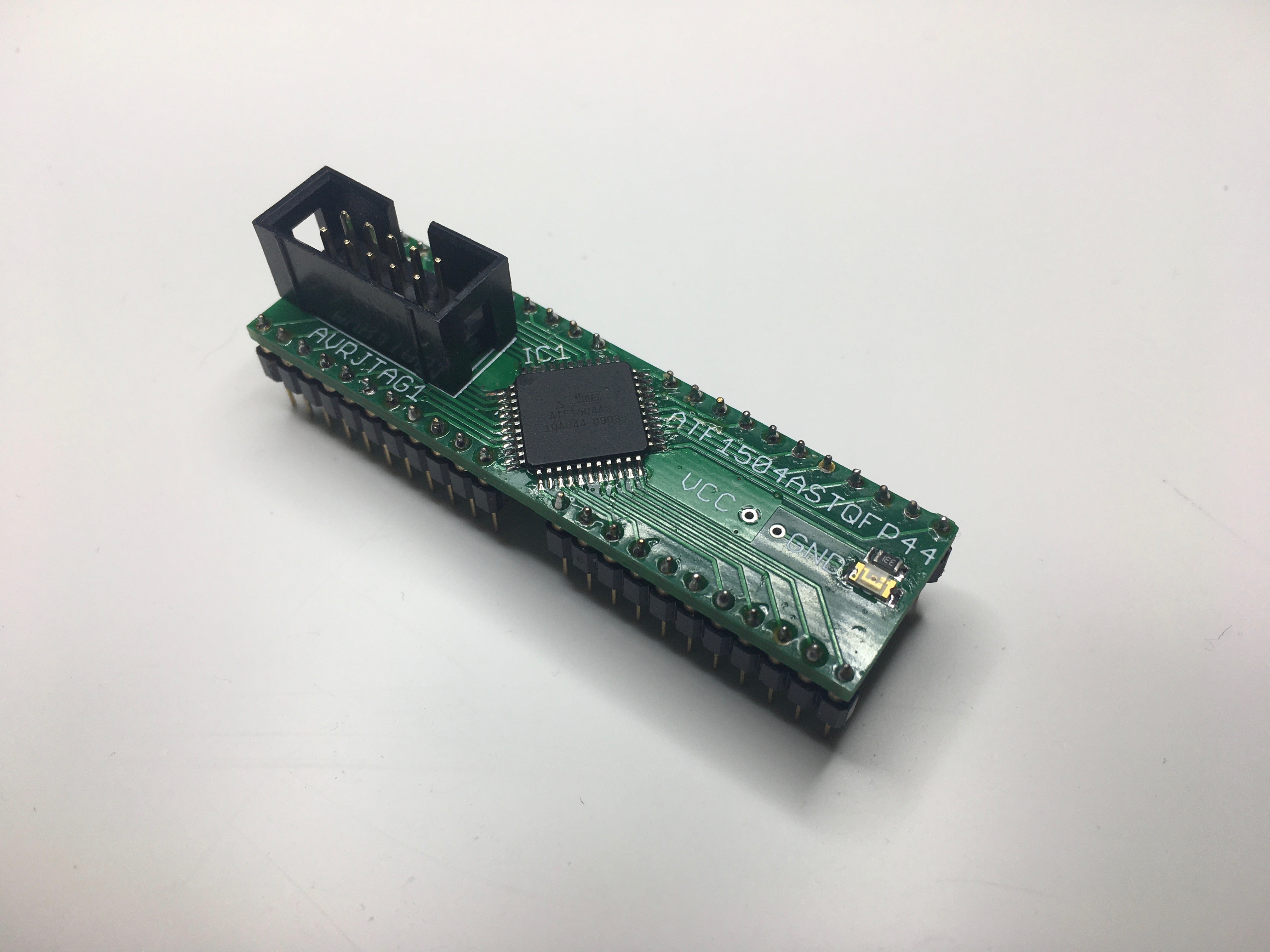 Even so my favorite MCU, the Atmega1284P, is available in a DIP-40 package I was then thinking to build another breadboard adpater for the TQFP-44 package of this processor. The reason behind this was similar as with the CPLD, you always had to wire all VCC and GND pins and put another adapter for the IPS programming cable. So I thought it would make my breadboard experiments much faster, easier and more reliable whith an integrated adapter as for the ATF1504. In adition to the ISP connector I also added the circuit for the typical X-TAL I was using together with the MCU and an option to put a power indication LED. 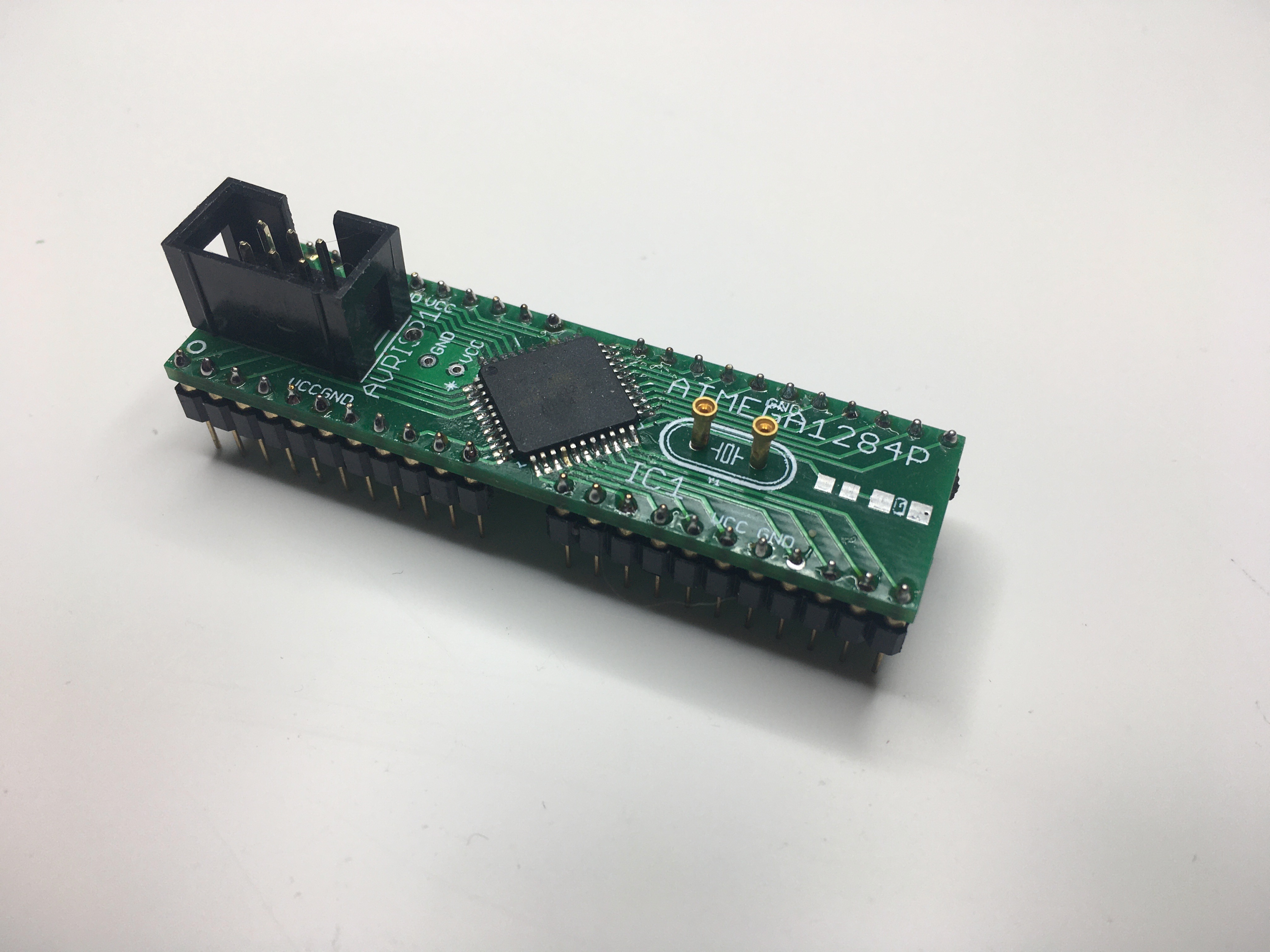 A 0.6" DIL spacing might sound logical as this is the same width than used by wide DIL packages. But in fact it is not logical for breadboards. A 0.5" or a 0.7" DIL spacing would be more logical as then you would have the same number of connection points on either side. In case of a TQFP-44 adapter a 0.7" spacing would allow to take advantage of the wider space for the TQFP-44 package and would allow to omit the gaps between pins 11 and 12 and 33 and 34 respectively and thus the adapter would be shorter and leave more space on the breadboard for other components.

Following are the zipped GERBER files I used to order the above boards.